The Governor of Anbar and the representative of the United Nations Population Fund (UNFPA) inaugurated the youth house in AL- Ramadi district.

The Governor of Anbar and the representative of the United Nations Population Fund (UNFPA) inaugurated the youth house in AL- Ramadi district.

Dr. Ali Farhan Al-Dulaimi, Governor of Anbar, Dr. Rita Columbia, representative of the United Nations Population Fund in Iraq, representative of the Minister of Youth and Sports, Mr. Falah Al-Jumaili, Mr. Salim Al-Zamanan, the State of Kuwait’s ambassador to Iraq, Dr. Ahmed Al-Heett, president of the United Iraqi Medical Society  for Relief and Development, and a large number of AL-Anbar Governorate leaders opened the house Youth in Ramadi to be a safe place for young men and women after being rehabilitated and furnished under the auspices of the Ministry of Youth and Sports, with the support of the United Nations Population Fund, with funding from the Canadian government, in cooperation with Al-Anbar Governorate, and the implementation of the Unified Iraqi Medical Association for Relief and Development, where the rate of destruction in the youth house was more than 70% Rehabilitation within two months. This celebration was accompanied by many paragraphs and tours inside the house and the distribution of shields of thanks and appreciation to everyone who contributed to restoring this safe space for young people. The youth house contains rooms specialized in music, sports, judo and barbering, and a special hall for training in repairing phones and air conditioners. 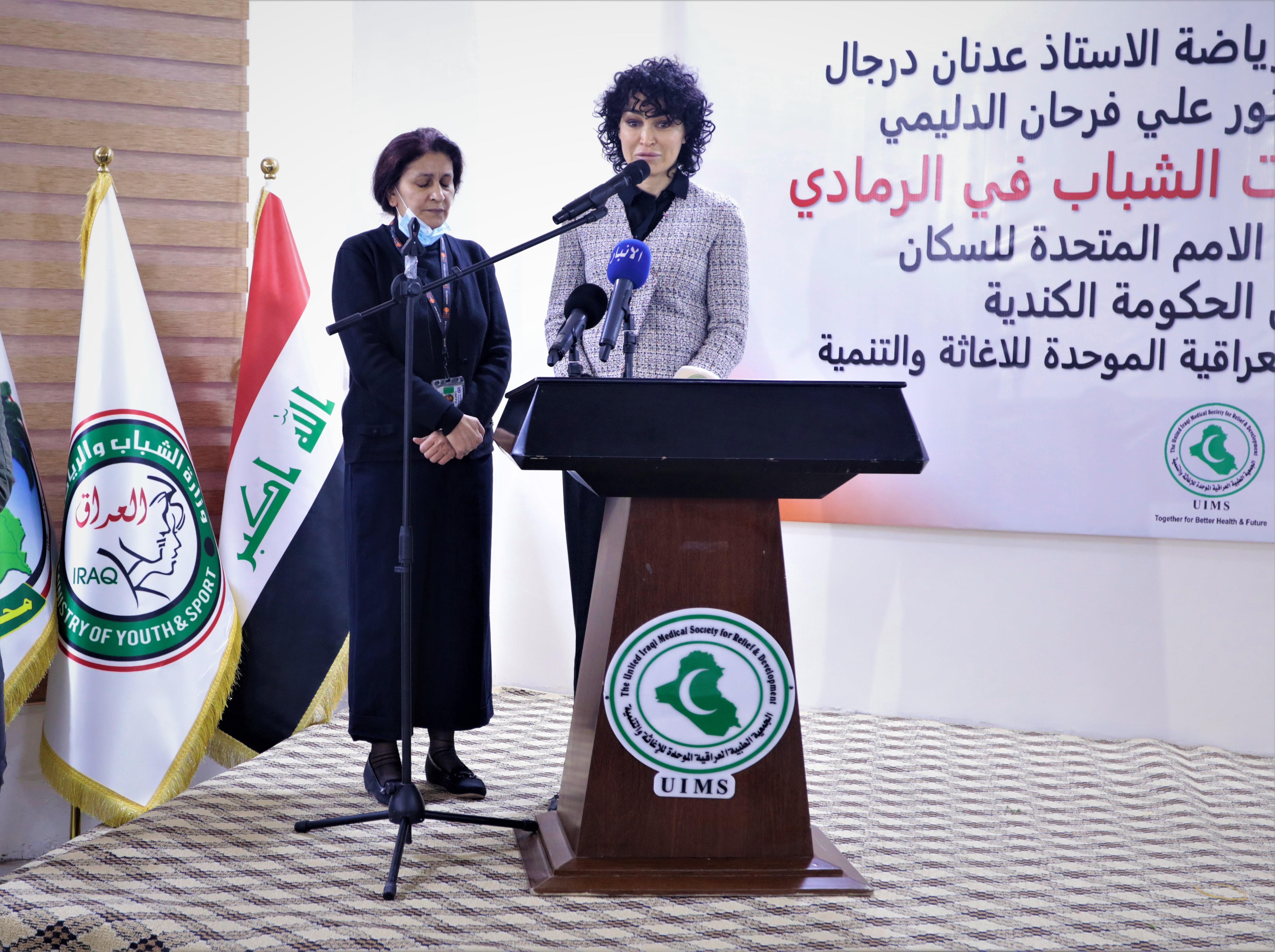 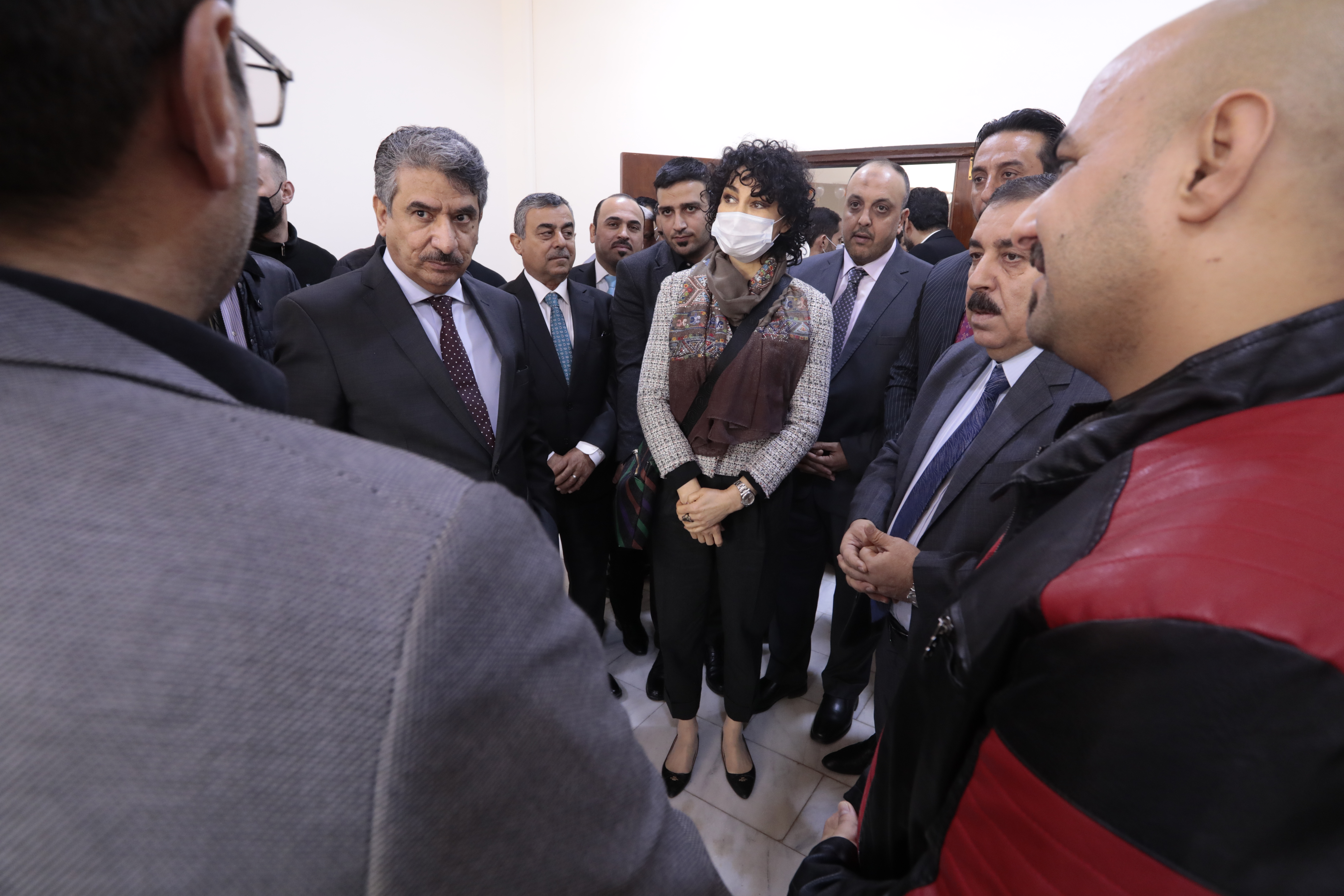